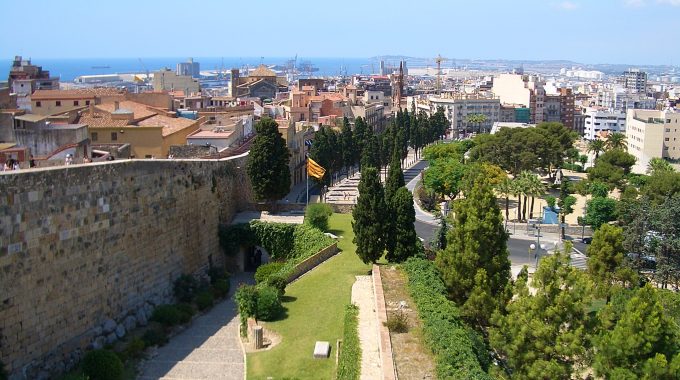 Christianity in Spain is often associated with the bloodshed of the Inquisition. While this is a sad reality of the past, it would be a mistake to reduce the influence of the Gospel to that, because the message of the Bible transformed the history of the Iberian Peninsula for good.

For this first stage of a miniseries exploring how the Gospel spread into Spain, we will visit Tarragona in Catalonia. It is a city located by the Mediterranean Sea, nearly a hundred kilometres Southwest from Barcelona. There are many sights to visit here, such as the Roman amphitheatre. And those who love to spend their holidays on the beach would enjoy the Platja del Miracle.

Even though it is not as well-known as Barcelona, Tarragona is an ancient city that used to be the capital of Hispania Tarraconensis, a Roman province covering more than half of the Iberian Peninsula. But its origins are even more ancient than Roman times. One account claims that the city was named after Tarraho, son of Tubal and great-grandson of Noah. Tarraho would have sailed from Jaffa (Israel), reached the mouth of the river Francolí and built a settlement on top of a rock here.

For this episode, we will go to the old town, on top of this rock, where the Tarragona Cathedral is located. Behind the cathedral there is a street called carrer de Sant Pau (Saint Paul’s street). There we discover the building of El Seminari Centre Tarraconense. This building completed in 1886, and recently renovated, hosts the Roman Catholic Minor Seminary, the Superior Institute of Religious Sciences and the Library of the Pontifical Seminary. In its inner court stands a small chapel named after Saint Paul. Inside we discover a high stone and a statue of Paul on the back wall.

So, what is the relevance of this chapel in Spanish history? The name of the chapel, the statue and the name of the street all refer to the same person, Saint Paul, of course. The apostle is honoured here because it is believed that he came to Tarragona during his journey to Spain. According to traditional accounts, he would have preached the Gospel from this stone, which was then in the acropolis, meaning the highest point of the city.

Such a story obviously raises questions concerning its authenticity. Sadly there is no historical evidence to prove that Paul came to Spain, let alone to Tarragona. However, several ancient texts seem to confirm the idea. We know from Romans 15:24 that he intended to go to Spain. Moreover, several early Church Fathers, such as John Chrysostom, Clement of Rome or Cyril of Jerusalem wrote about Paul preaching in Spain. If we suppose that Paul did indeed visit Spain, then Tarragona would have been a natural place for him to preach, since it was one of the main centres of activities of the peninsula. So while we can’t prove the authenticity of this account, it is highly probable that it is true.

There is an interesting fact linked with the cathedral on the other side of the road, which was only discovered very recently. Between 1999 and 2001, the cathedral was being restored and during this process, archaeologists were able to do research. This is when they discovered the remnants of a temple in honour of the Roman Emperor Augustus. This means that Paul would have preached the Gospel just in front of this temple.

So if it is true that Paul came to Tarragona, what could have been the message he preached? Before I answer this question, we need to understand the role of religion in Roman times. Nowadays, religion is often seen – wrongly – as a private matter with no influence on the public square. In Roman times however, religion was the cornerstone of the Empire. All reality had to be understood in the light of Roman gods. And of course, the worship of the emperor was one of the best ways to control the people. This is what the Romans may have sought to achieve by erecting a temple to Augustus on the highest point of Tarragona.

We can only imagine what Paul would have preached in such a context. Knowing what he shared in Athens, for example, it is probable that he would have presented the only true God, the one who is, to the crowd gathered here. He would have said that He was the Creator of all things and all people and that He was the only one worthy of worship. He would have said that this God didn’t require any sacrifice because he had sent his only Son, Jesus, as a sacrifice for the sin of the world, including that of the Iberians. Whatever he preached, it was these kinds of words that eventually brought down the worship of the emperor and ultimately that a cathedral would be erected in place of the temple of the emperor.

Whether Paul came and preached here or not, this was the message of the Gospel that was revealed to the inhabitants of the Iberian Peninsula in Roman times. This message illuminated the minds of the Iberian people and freed them from the worship of false gods. This message was the seed that not only transformed the religious landscape of Spain, but contributed also to the development of every sphere of life in the peninsula.