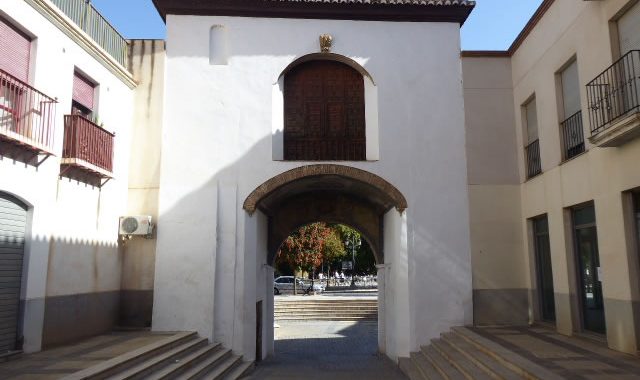 After the Spaniards ended Muslim rule in Andalusia, they didn’t impose a cult of personality with statues of the emperor as conquering empires often do.Why didn’t they do this? And what did they do instead?

To discover this, we will visit the city of Guadix in Andalusia. This city is not to be confused with Cadiz, which is located in the same region. Cadiz is towards the West, by the Atlantic Ocean, whereas Guadix is in the East, at the foot of the Northern slopes of Sierra Nevada. And actually, the location of our last stage, Castala, is not far: there is only a distance of 70 km and the mountain pass Puerto de la Ragua to cross.

In the eighth century, the Muslims invaded the ancient town of Acci, which is nowa ruin called Guadix el Viejo, a few kilometres from here. Later on, they built Guadix here as a military fortress. Today, there are still some vestiges from the Muslim era. For example, the Alcazaba, a remnant of the ancient fortress, can still be visited.

For this stage, we will go to one of the main avenues of Guadix, the Avenida Medina Olmos. There we findthe Parque de Pedro Antonio de Alarcón, which is named after the nineteenth century novelist born in Guadix. In front of the park, there is a little ark above a pedestrian street leading to the old town. This little ark is named Puerta de San Torcuato (Gate of Saint Torquatus). On its front wall we findthe coat of arms of the sixteenth century Spanish Emperor Charles V, which is a reminder of the Spanish victory over the Muslims during the Reconquista.

The fascinating fact about this gate is that there is actually a chapel above. The name of the gate and the chapel provide insight into what the Spaniards intended to do here. But before we look into that, let’s discover more about Torquatus.

Torquatus was one of the Seven Apostolic Men who evangelised Andalusia in the first century. In our last episode we discovered another one of them, Ctesiphon, who evangelised Berja. While the records about Ctesiphon were very scarce, there is actually a bit more to say about Torquatus.

According to traditional records, Torquatus and the six other apostolic men probably arrived from Western Spain, tired and hungry. They went to the town of Acci, where one of the missionaries asked for food. There he was horrified to discover that the citizens were sacrificing to idols. They offered some of the sacrificed meat to the missionaries who, quite understandably, refused it.Realising that these foreigners were Christians, the crowd was filled with anger and tried to seize them. According to the account, the seven men fled across a bridge outside the town. But when the crowd began to cross the bridge in pursuit, it collapsed.

This miracle, which was often compared to God parting of the Red Sea for Israel, transformed the fury of the crowd into terror. As they began to fear the God of the Christians, they became hospitable towards the missionaries and receptive to the Word of God. When Torquatus realisedthat God was building his church in Acci, he decided to settle here, while the other six missionaries continued their journey to other locations in the region. One of the leaders of the city, a lady called Luparia, welcomed Torquatus to her estate. There the evangelist built a baptistery where all the citizens of Acci were baptised in the Christian faith. Torquatus thus became the first bishop of Acci.

So this is the traditional account regarding the mission of Torquatus. But what is the story behind the chapel and the Puerta de San Torcuato?

The gate was actually built by the Muslims as part of the city’s fortress. After their conquest of the region, the Muslims dissolved the bishopric of Acci and the town quickly fell into ruins. The Christians had managed to save the relics of their founding bishop, Torquatus, and sent them to a safer place in Galicia.

After the Reconquista in the fifteenth century, one of the first actions that the Spanish authorities took was to bring back the relics of Torquatus to the Cathedral of Guadix. The gate was renamed after him and the chapel was later built in memory of the passage of his relics here, under the ark.

The Spaniards knew that to secure this region as a part of their Roman Catholic empire, they didn’t need to impose a cult of personality as is often done in modern-day empires. They knew that what really mattered was the recovery of the Christian memory and identity that had been lost during the Muslim dominion. This is why bringing back the relics of Torquatus was so important.

And even today, the Puerta de San Torcuato is still a visible reminder of how the Gospel had transformed Andalusia before the Muslim invasion.